You don’t have to look like Margo Robbie or Jude Law, or have the acting chops of Emma Stone or Denzel Washington to break into the acting business.  It helps, however, to be informed and educated.  One way to get informed is to learn some of the following industry terms:

Dailies – As the film is shot, production and development units view footage the following day. This film stock is known as ‘dailies.’ The producer, director and various studio department heads critically analyze the previous day’s results, looking for any visible problems, from wardrobe to set dressings and performances. In theory, dailies depict the progression of the film in relation to the course of production.

Line Producer – The hands-on manager of a film set, the line producer organizes the practical aspects of production. Line producers and production managers are responsible for budgeting, scheduling and implementation.

Pilot Season – The time between around January to about May when pilot episodes are filmed and tested and possibly given the greenlight to begin production. 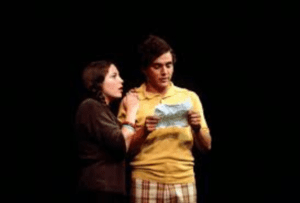