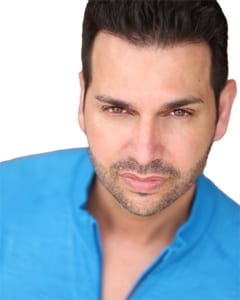 Adrian grew up in Tampa, FL and started acting at the young age of 14. During his senior year, he truly identified his passion for acting when he landed his first full length theatrical production. His high school was looking for the lead dancer in the musical Fame, so Adrian auditioned and the rest is history.  He grew up playing baseball, football, and basketball, but above all dancing and acting were his life. In his dancing career, Adrian participated in countless hip-hop and break dancing competitions in which he was extremely successful. Ultimately his love for dancing launched him into acting.

Adrian can be seen on the Disney Channel and Netflix playing the role of Esteban Julio Ricardo Montoya De La Rosa Ramirez in the mega hit television show The Suite Life of Zack and Cody. This is Adrian’s most visible character to date, and by far Adrian’s favorite role (although his role on 24 is a VERY close 2nd).

Currently, Adrian’s latest project is playing Diego Gonzalez, a guest starring role, on CBS’s hit show “NCIS: Los Angeles” with LL Cool J and Chris O’Donnell. Recent films include the thriller “Underground” and award winning comedy movie “Life at the Resort.” Through his education and career, Adrian has had the opportunity to work with top-acting professionals in the country and now wants to pay it forward in his CGTV Program designed for undiscovered talent. Adrian says: “LIVE in the moment while appreciating what you have and work hard for what you love…PERFORMING!!!.”

Enjoy Your Audience: Tips for Your First Audition
Scroll to top