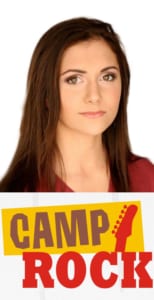 You know Alyson as a star of Disney Channel’s Camp Rock movie, as the voice of “Isabella” on Disney’s award-winning animated series Phineas and Ferb, and as the infamous pig-tailed dancer in the Missy Elliot music videos. Also released was Kung Fu Magoo, Disney Channel’s Camp Rock 2: The Final Jam, and The Little Engine That Could (Alyson is the Little Engine). She also had a guest starring role on the medical series House. Her other credits include Cheaper by the Dozen 1 & 2, Step Up, The Alyson Stoner Project, The Suite Life of Zack & Cody, and her lead role in Alice Upside Down.