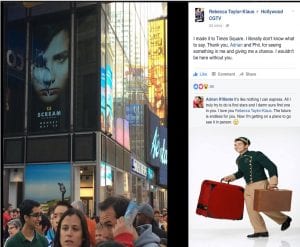 Our graduates have made it BIG in Hollywood.  Bex Taylor-Klaus is one of those stars.  Bex credits CGTV and Adrian R’Mante for her Times Square, New York City Billboard!  From her first audition to her acting program and showcase, Bex shined like a diamond in front of our Hollywood agents & Managers.

While CGTV is NOT a talent agency, we are the best in the nation at scouting talent, training that talent quickly and effectively and then putting them in front of our personal industry Hollywood contacts.  In fact, many Hollywood casting agents, managers, and agents have come to rely upon CGTV as a quarterly talent source. Want your shot at Hollywood? Register at www.CGTV.LA/Register just like Bex did. 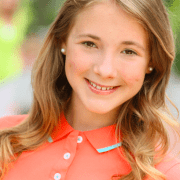 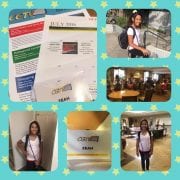 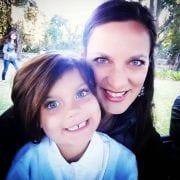 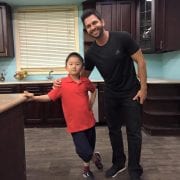 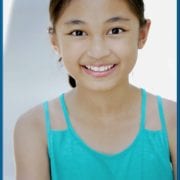 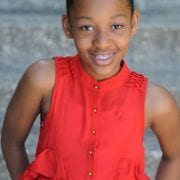 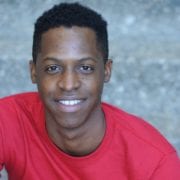 Why I Decided to train with CGTV & TCE